9 of the most amazing water fountains around the world

We discover so many wonderful things when we travel. Recently, we have been on the lookout for water fountains. Boring you say! Not really because there are many beautiful, well sculptured and breathtaking water fountains around the world that will definitely move you.

Over the last few decades water fountains have no doubt increased in numbers. Older ones have had impressive renovations and these works of art are now proving to be quite a point of interests for travelers.

There are many water fountains around the world that have laser and light shows and choreographed water dances as well. If you are planning to visit Paris, Spain, Saint Petersburg, Rome, New York City, Baku or Chicago, then you have to check out these amazing and breathtaking water fountains.

The Fountains in Paris were originally used as a drinking water source for the city residents. Currently, they sit as decorative features in the city squares.

La Concorde consists of two fountains positioned right at the core of Paris. These fountains were imagined by Ignace Hittorff and their construction was completed in 1840 during King Louis-Philippe's reign.

The two units are located at the north and south ends of La Concorde. The one at the north end pays homage to navigation and trade on the rivers of France while the fountain at the south end is a symbol of maritime activities and industry in France. 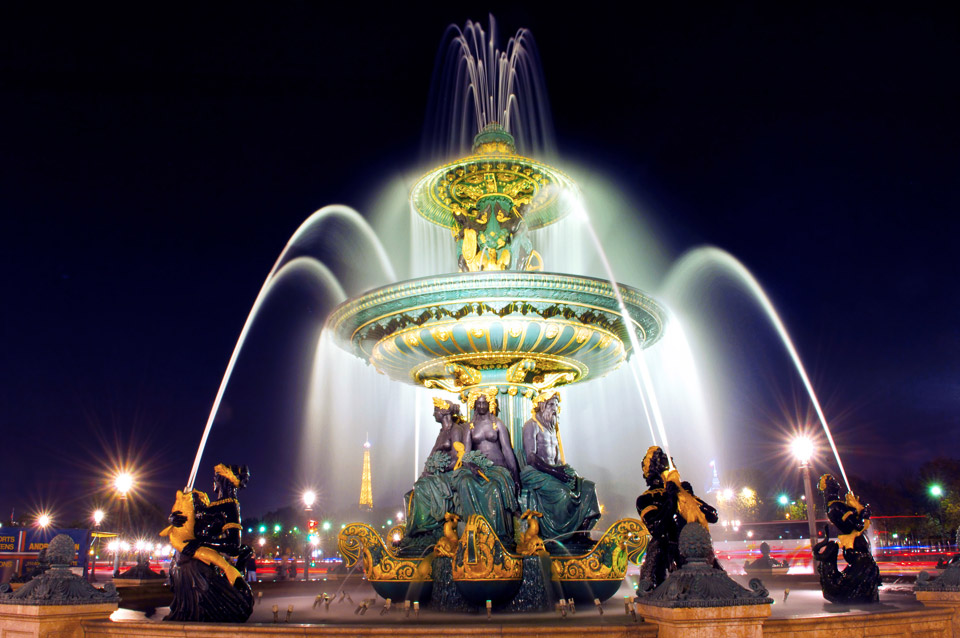 La Cibeles water fountain is located at Paseo de Recoletos and is named after Cybele, a Phrygian goddess who, was the head of a famous cult in Rome. It is regarded as one of Madrid's most valuable symbols.

The fountain is a perfect depiction of the goddess sitting on a chariot pulled by two lions. It was built when Charles III was at the helm. The masterpiece was designed by Ventura Rodriguez between 1777 and 1782.

The goddess together, with the chariot, is the work of Francisco Gutiérrez. Originally, the fountain stood next to Buena Vista palace and got moved to its current location in the late 19th century. 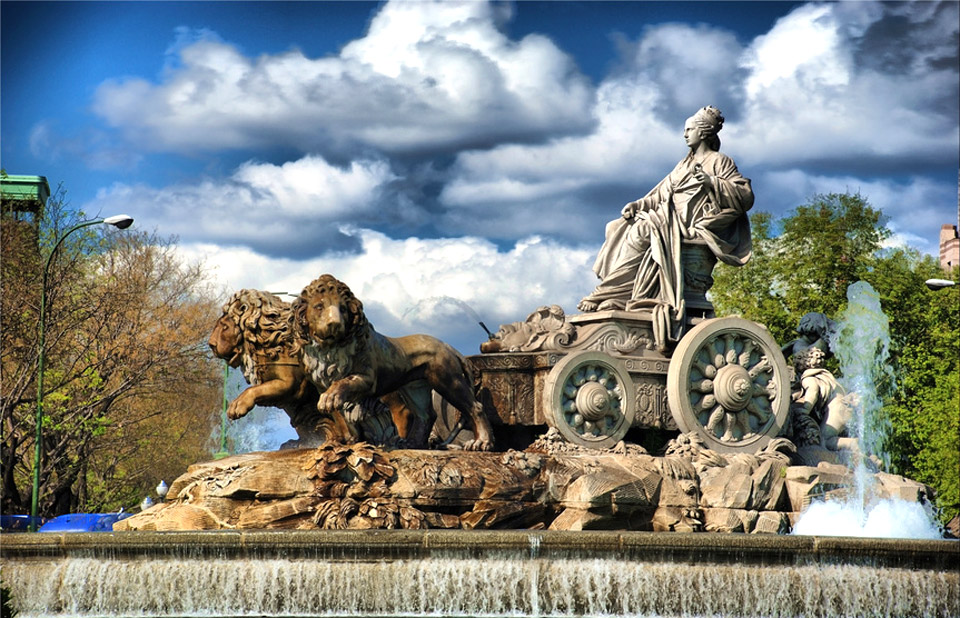 The fountains of Petershorf are among the main tourist attractions in Russia which lure millions of visitors every year. The fountains were the first of Peter the Great's initial plans. It was the impossibility of engineering powerful water jets that pushed him to shift his attention from Strelna site to Peterhof.

The most famous ensemble of fountains is the Grand Cascade which runs from the northern facade of the Grand Palace up to the Marine Canal. The range of diversity of the fountains in the park is amazing, from monumental ensembles to the famous Joke Fountains. 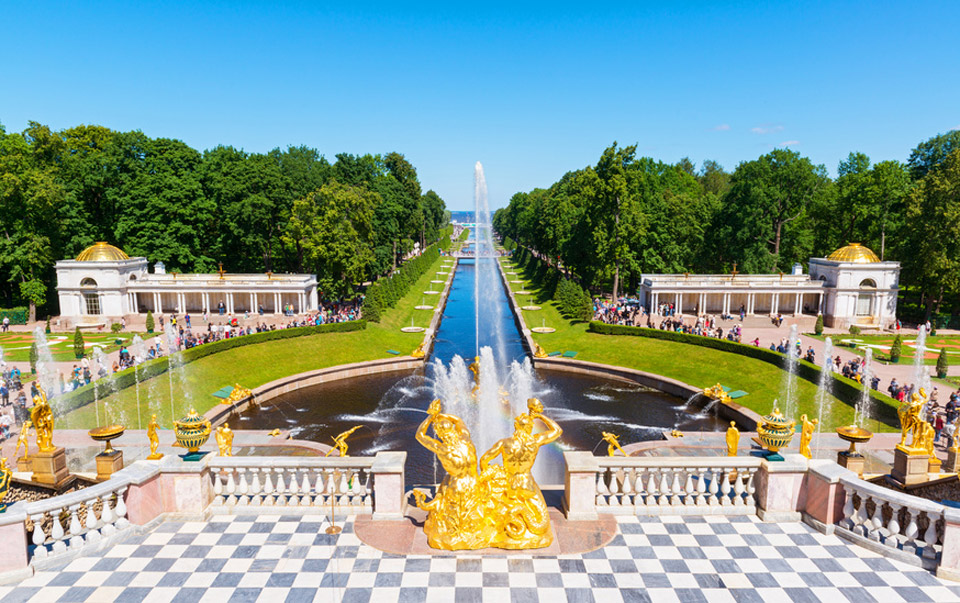 The Trevi Fountain in Rome

The Trevi fountain is located in Trevi district in Rome, Italy. It was designed by Italian architect Nicolva Salvi and completed by Pietro Bracci. It is by far the largest Baroque fountain in the city and one of the most renowned fountains around.

The fountain has been featured in a couple of notable films including Federico Fellini's La Dolce Vita'. It got refurbished in 1998- the stonework was cleaned and its cracks and other damaged areas were repaired by skilled artisans. The fountain was also equipped with recirculating pumps. 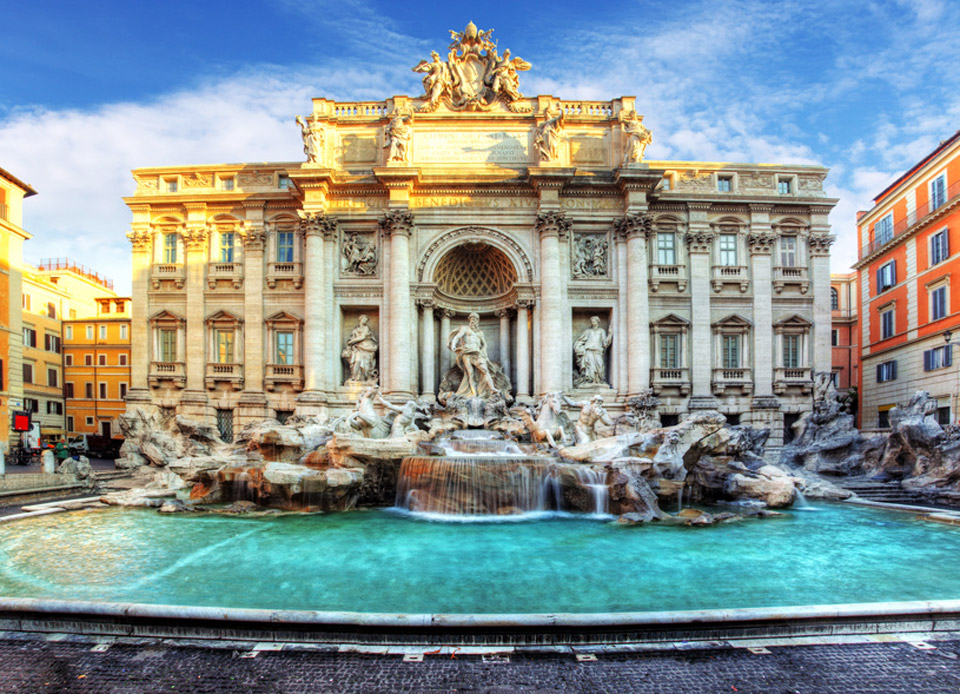 The Palau Nacional was the one of the main sites of the 1929 international exhibition on the hill of Montjuic. The National museum has amazing water fountains located at the entrance. It was designed by Eugenio Cendoya and Enric Cata under the supervision of Pere. 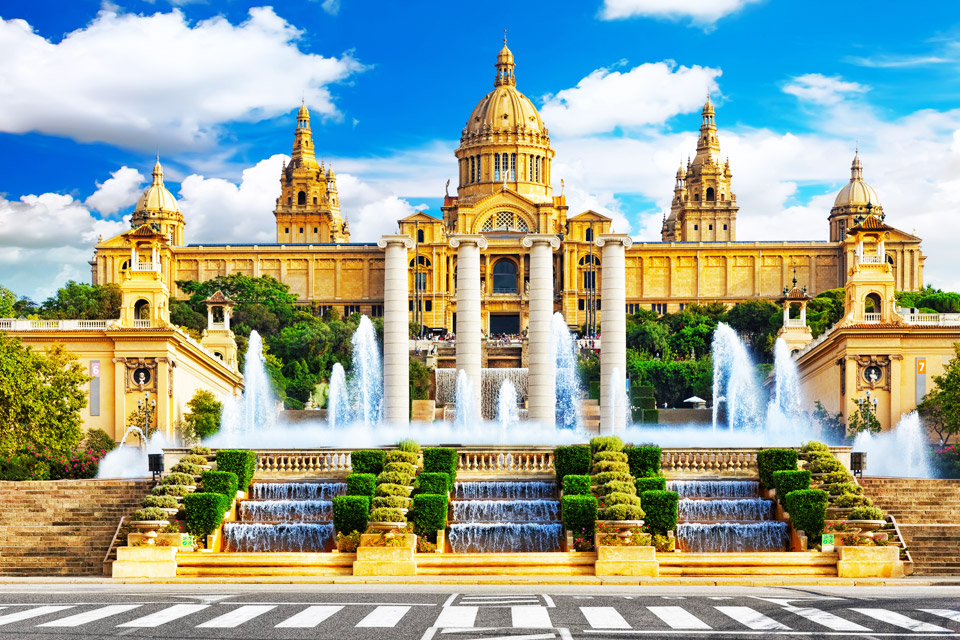 The Bethesda Terrace and Fountain overlooks the Lake in New York City's famous Central Park. The fountains are found at the center of the Terrace.

One of the features of the Bethesda Terrace is the Angel of the Waters statue. The fountain itself commemorates the Croton water system, which first brought fresh water to New York City in 1842. 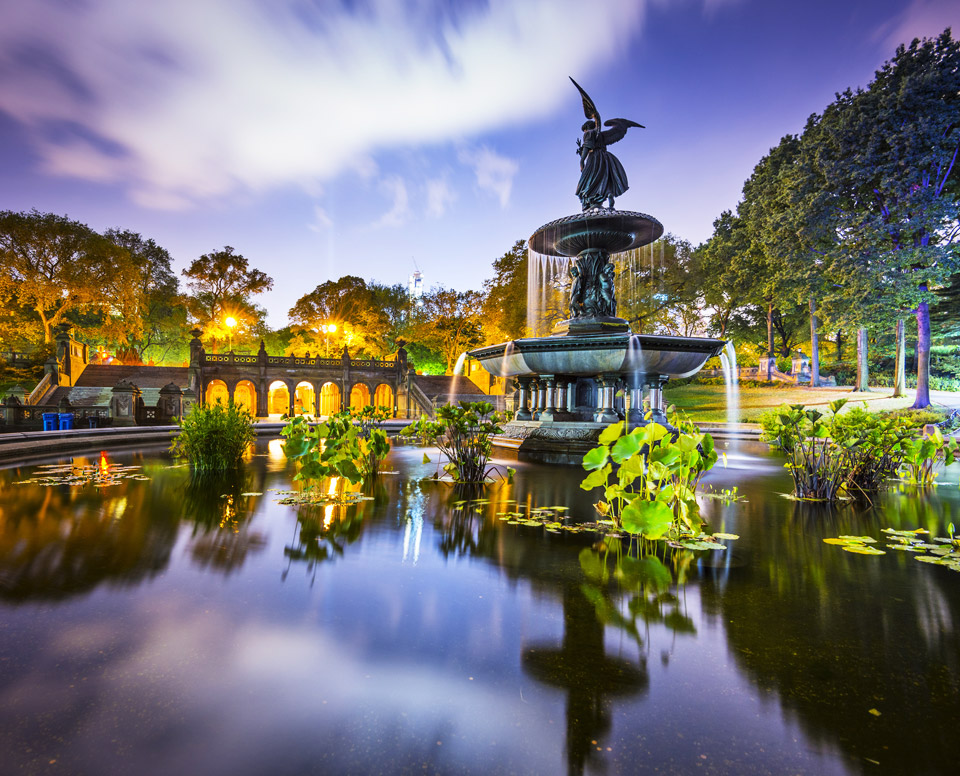 The fountain of Apollo, translated as B'Assind'Apollon in French, is a fountain located at Versailles. It is a depiction of the Greek god Apollo emerging from the sea on his chariot followed by Tritons. In 1639, Louis XIII had ordered the digging of a pond on at site known as the pond of swans. It was not until 1671 that the pond got expanded. 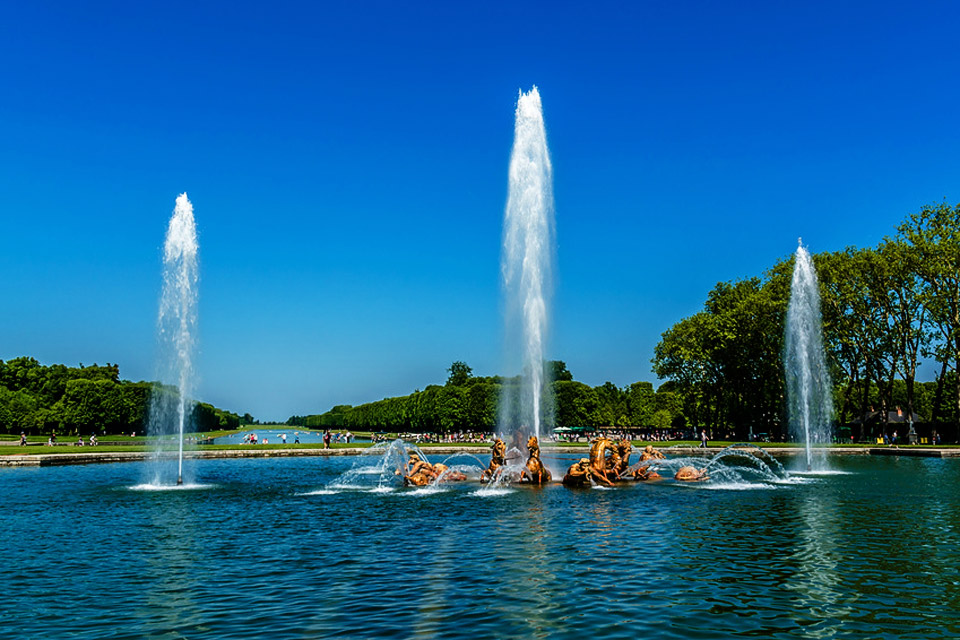 Fountain in Philharmonic gardens of Baku

The fountain, located at Philharmonic park in Baku, is said to give the park a romantic feel. The park serves as low-budget relaxation spot for residents. It is a classy marble arch and French style Baroque fountain. The park generally slopes down to the Caspian Sea from the Azerbaijan State philharmonic Hall. The Hall was built in 1912 in Italian renaissance and threw in some German style.

This is a renowned Chicago landmark and lies at Grant Park. Founded in 1927, it was recognized as one of the best fountains around the world. It was built in the mold of a wedding cake and drew inspiration from Latona Fountain. Its main aim is to represent Lake Michigan.

The piece is considered Chicago's anterior door as it is located around the city's front yard near Columbus Drive as well as Congress Parkway. It was built and designed by Edward Bennet. Its design was modeled on the Bassin of Latome.

The fixture was actually a donation to the people by Kate Buckingham . It was for the memorial of Clarence Buckingham ,her brother. The fountain's pumps are operated via a Honeywell unit which was initially placed in the city of Atlanta, Georgia.

If you plan on visiting any of these amazing fountains mentioned or just plan on traveling, then you need to get one of these cameras to capture those awesome moments:


Have you ever visited any of these water fountains mentioned? Which is your favorite?

Best Caribbean Cruise Destinations After The Hurricanes
The Caribbean is one of the most popular cruise destinations ...

Are These The Best Vintage Style Dresses For Traveling

Can anyone tell me why vintage inspired dresses are so ...

Is your cruise ship making a stopover in St Kitts? Do ...